Back in 2016 my husband I took a trip to Spain. We visited Barcelona, Marbella, Seville and Madrid, while all the cities were great I highly recommend Marbella, that is if you’re into a laid back beach town with the cutest streets in the world. We absolutely hated to leave.

Quick story – As for the food, I couldn’t get enough of it, the olives, the rice, the shrimp, the sangria, Spain is a foodie’s heaven. However, after a long day in Barcelona we sat down to enjoy some tapas, I ordered a carafe of red sangria and these little sardines that looked good. After consuming half the sangria myself I went for the sardines…head and all. Apparently you’re not supposed to eat the head…who knew… it took everything I had to swallow. Not my best culinary moment, but it did make my husband crack up laughing.

Anyway, back to the paella! While in Barcelona I took a (very authentic) cooking class. For example, we cleaned a cuddle fish and I now know all about ink sacks, intense, lol! We made probably 6 Spanish dishes but the highlight of it all was the paella. It’s not complicated but it is a little bit of a process. Slow and low is the name of the game.

For this meal, I chose to make a traditional seafood paella. Dating back to its original roots from Valencia, Spain, paella consisted of meat, seafood and a vegetable, but you can get creative and make your own variation. Chicken is a very common ingredient as well as rabbit if you are feeling adventurous.

Take a look at the recipe and give it a try, I think you’ll really enjoy it! If you do decide to give it a try, be sure to tag #deSociointhekitchen I love to hear and see how your creations turned out!

Below I included a few pix from our Spanish cooking class at Just Royal Bcn in Barcelona. I highly recommend this class and I would absolutely take it again if I ever found myself back in Spain. 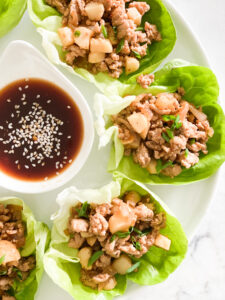 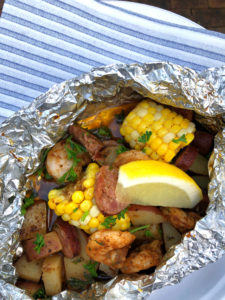